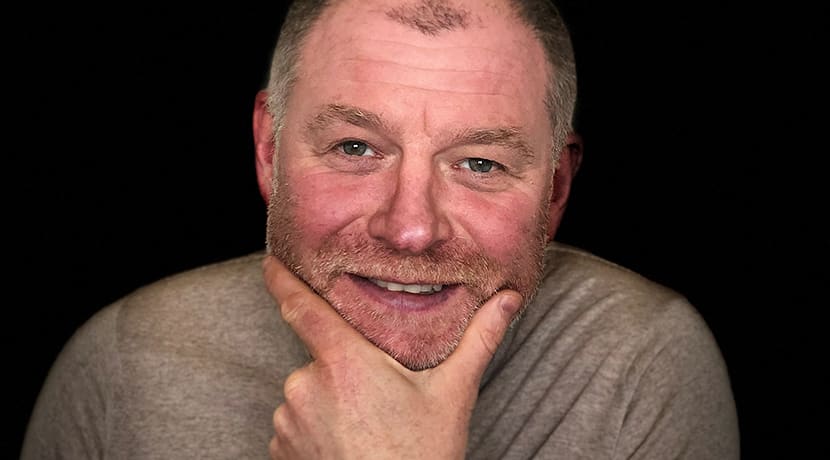 We chat to Darrell Martin, founder of Just The Tonic comedy club, a new branch of which opens in Leamington Spa venue The Assembly this month...

Tell us about your decision to open your next Just The Tonic (JTT) club in Leamington, Darrell...
I’ll be honest... I got a phone call from the man who’s reopened The Assembly. Once I asked a few questions, I realised what a stunning place it was, and that it could make for an amazing night out.

What made you decide to open your first club, in Nottingham, 26 years ago?
A love of comedy, being an unemployable graduate of philosophy & cultural studies and a recession that would not help me. I was also probably a dreamer and unrealistic.

What was the UK comedy scene like when you opened that first club?
There were a number of clubs in London, with the leading one being, obviously, the Comedy Store. Then there were two Jongleurs clubs, in Battersea and Camden - that was before they went national and then imploded - then a load of smaller clubs. Outside London, as I remember it, there was very little. Manchester had a small scene, with The Buzz Club on a Thursday being the best known, and there was, strangely, a great club in Hull called The Legged Dog. I think Newcastle had a weekend club, but really there was very little. Also, it wasn’t really seen as a possible career. Comedians didn’t see other comedians selling out arenas. It was a world full of misfits and characters who were all just happy that they weren’t having to do day jobs. Well, it probably wasn’t as simple as that, but to a 24-year-old it seemed that way... Big business was involved, but it wasn’t as organised as now.

How do you decide who gets to appear at one of your venues? Do you have criteria that a comedian needs to meet - other than the obvious one of needing to be funny - in order to get the chance to perform?
We book loads of acts who we already know are great. We try and get comperes who are a bit different and really engaging with the audience. I can’t stand comperes who just break up their routine into sections and talk at a crowd. A good compere needs to be a bridge between the audience and the show, not just ’tell jokes’. We also bring in newer acts that we find ourselves or that we get recommended to us. We take eight new comedians to the Edinburgh Festival Fringe each year as part of The Big Value Comedy Shows, and when researching for that, we find new people. Also, every two or three months, I have a few days doing ‘fantasy booking’, where I trawl through the phone book/email list/ agents’ numbers and see if any of those bigger comedians who are now off the circuit would like to come back. It’s often three days wasted, but when it works. it’s very exciting to be putting arena-filling acts back into the small venues.

How does Just The Tonic differ from other established UK comedy clubs?
I think it’s the effort we put into booking, and the fact that it’s run by a performer. So we do our best to attract an audience that actually wants to see comedy, and we make sure that if there are people in there who are being a distraction to others, they are politely asked to leave. I think we have quite a maverick ethos. We’re not rigid in what we want from performers. Often, there are people we book who others don’t. Because I see something in them. When you’re a performer, sometimes you only need one person to believe in what you’re trying to do, and that one person can allow you the freedom to grow without worry. We book a comedian called Eric Lampaert to compere. After a gig in Nottingham to about 400 people, he apologised because it hadn’t been great. I said, ‘Don’t worry, I know you’re funny’. I think he thought I was going to moan and groan. But all great comics have had duff nights. If they hadn’t, then they would be bland and crowd-pleasing, and nothing new would ever happen.

Can you recall any particularly memorable sets - performances which were real stand-out ones for whatever reason?
Doug Stanhope. I was talking to him backstage and then someone said, ‘We’re starting’. He just walked out and just seemed to carry on talking… for 120 minutes! It was astounding.

The first time I saw Johnny Vegas. I was at the Frog & Bucket in Manchester, having done a 10-minute open spot. He came up to me and said he’d seen me before supporting Rich Hall on tour and liked what I did. He’d actually heckled me on that night, asking me to do more… which is rare. He told me his name was Johnny Vegas - or he might have introduced himself as Michael Pennington - and that he was headlining. I thought, ‘I bet you’re shit’ because I was booking really well-known acts at my club and hadn’t heard of him. But when he went on, it was the most amazing performance I’d ever seen. I was      absolutely stunned at how he managed to get the whole room laughing and singing. The bloke was totally crazy and fearless. When Johnny is on form, he’s unrivalled.

What would be your perfect Just The Tonic line-up, if you could bring together, say, four comedians for a single evening?
That’s tricky because it would have to be four comedians from different stages in their career. I might have to stretch it out a bit. I’ll name a couple of definite ones and then name a few others to choose from.
Definite compere: Ross Noble. Pure, joyful silliness, with the skill of making magic happen from the audience input and crafting it all into a wealth of material in his strange mind.

Headliner: Johnny Vegas 1996 - 1999 - and I reckon what’s around the corner as he gets back into stand-up. He’s got some of the best scripted material, audience put-downs, audience interactions, live pottery, mayhem and off-the-cuff events to make each night unique, ended by rousing singalongs. Johnny is the most perfect and crowd-pleasing entertainer this country has known.

Others in the mix: Jenny Eclair - in-your-face-funny and no punches pulled; Jo Brand - brilliantly funny and one of the nicest people in comedy; Tim Vine - the best one-liners and silliness; Spencer Jones - the funniest man on the circuit at the moment; Daniel Kitson - if you know, you know; Sean Lock - the best scripted stand-up there is; Rich Hall - a great stand-up and musician. There are loads. This is impossible, to be honest.

Is there a type of comedian who you simply won’t book for JTT - or does anything and everything go, as far as you’re concerned?
We don’t book comedians who are rude to our staff. We have a strict no-dickhead policy. There are two people on that list. There’s also the odd comedian who’s tried to do ‘controversial’ stuff who we don’t book. Not because we don’t book controversial comedians, but because the ones I’m thinking of weren’t actually funny and were just doing lowest-common-denominator jokes and trying to shock. It’s okay to shock, but it must actually be funny. I often think, ‘Who are you trying to impress? Your mum and dad aren’t here and we can all swear and be sick if we want to’. I can’t really say we have any rules about who we don’t book. It’s all very subjective.

What would you say about UK audiences - are the reactions your comedians receive pretty similar across the country or have you noticed any regional differences in terms of how audiences respond to JTT shows?
I can’t really say that there are massive differences across the UK at our clubs. But I do know from personal experience that there are some regional clubs where the audiences really take convincing if you’re not ‘one of them’. I’m thinking in particular of myself dying on stages in Liverpool and Newcastle.
I have a fairly strong southern accent and it definitely made the crowd difficult. ’Taxi’ was the politest of the words shouted. At the one in Newcastle, I was tour support for Johnny Vegas, and we arrived really late. The room was heaving and everyone was shouting ‘Johnny Johnny Johnny’. His voice came over the PA to a massive cheer, then he introduced his support act - me - and out came this southerner. It was 15 minutes I would like to be able to forget. After the interval, I was in the dressing room - behind the stage, too embarrassed to walk out through the crowd - surrounded by empty glasses and fags, sitting under the light of a single bulb listening to 300 people cheering the mighty Johnny Vegas. That was another 90 minutes I wish I could forget. Great fun, to be honest.

What’s your favourite joke?
What’s ‘ET' short for? He has little legs.

Who’s your own personal hero of comedy and why?
I think from the history of comedy, possibly Tommy Cooper, because he just looked and acted really daft. Not sure if ‘hero' is the right word. I loved The Young Ones and Monty Python when growing up. Then there’s Spike Milligan - reading his books and poems as a kid and his Q series.

What’s the hardest thing about the life and profession of the stand-up comedian?
I think it can be quite lonely. There is camaraderie on the circuit, but the reality is that on those Friday and Saturday nights when most normal people are out socialising and spending time with family and friends, comedians are driving around the country entertaining half-drunk strangers they will never see again. I’ve missed friends’ weddings, family events and things that are unrepeatable. It can be rubbish like that.

To find out more about Just The Tonic comedy nights, head to justthetonic.com