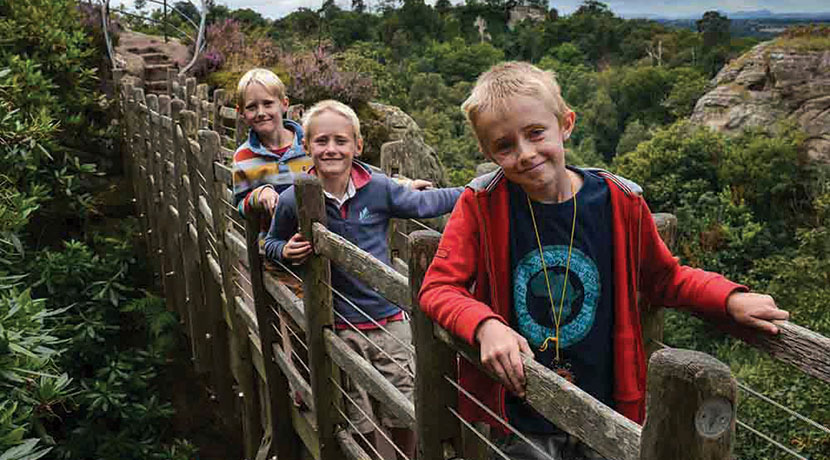 A magical place to discover, Hawkstone Park & Follies was created in the 18th century by Richard Hill, the then-owner of Hawkstone Hall. When the Follies’ stone arches, bridges, walkways and grottoes were added to the natural drama of four wooded hills, the resultant Gothic ‘fantasy land’ became one of the country’s most visited attractions of its kind.
A late-20th century restoration project breathed new life into the park & follies, which has now been designated a Grade I listed landscape by English Heritage.
Hawkstone is also considered to be a bird watcher’s paradise, and is home to peregrine falcons, buzzards, green woodpeckers, mistle thrush and pied flycatchers