Calendar Girls comes to the Midlands 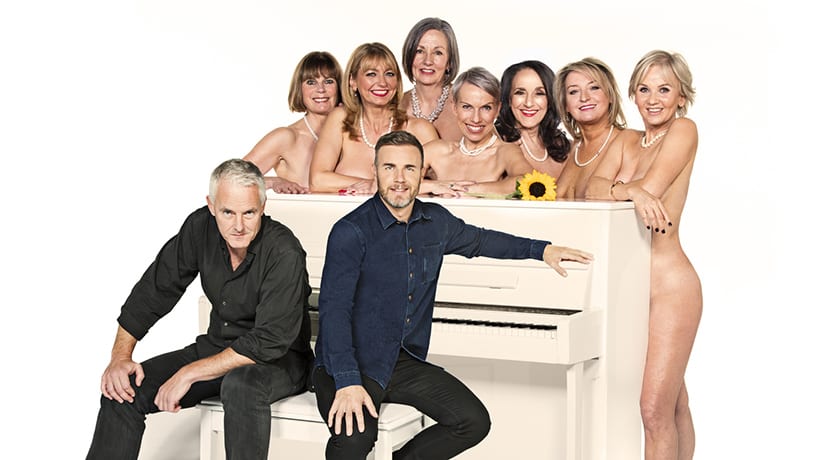 What’s On speaks to playwright and screenwriter Tim Firth about his heartwarming production Calendar Girls The Musical.

The original ‘calendar girls’ took the world by storm when they posed nude for a charity calendar following the death of one of their husbands from the blood cancer, non-Hodgkin lymphoma. Since then, their witty, uplifting story has touched millions across the world.

In 2003, Tim Firth took on the task of writing the screenplay for a film about their story, and then followed it up with a stage play. He then joined forces with Gary Barlow - and Calendar Girls The Musical was born…

“Gary and I have known each other for a very long time,” Tim explains. “We’d talked about writing a musical together for ages but had nothing to write it about. Seeing as I’d already done Calendar Girls as a film and a play, it was the last place I was looking. But the play was always slightly straining to be a musical, I think. What then emerged was a different structure to the story. If you’ve seen the play, the calendar shoot comes at the end of the first act, but in the musical it only comes right at the very end. What this does is allow us to spend more time with the women, their husbands and their children. This little village becomes a small poem for the rest of the world that’s full of hope and wit, and is all about defeating despair through comedy.”

Tim admits Calendar Girls is close to his heart: “It’s set in a tiny village in Yorkshire, which also happened to be the village where my parents went on their honeymoon about 50 years ago, and to which they took us back many times as kids. I knew the views and I knew the way the people spoke, so there was a degree of familiarity there for me that helped a lot. Purely by chance, my family and I had gone to a Yorkshire fete and bought the calendar a year before I was even approached to do the film. So I’d had it hanging on my wall for a year and I’d already met the real Calendar Girls! It felt as if fate and the Yorkshire Dales were pushing me towards this story. In fact, given all those coincidences, I think I’d have been really annoyed if someone else had written it!”

Tim has a number of theories as to why the original calendar was such a phenomenon: “In the first instance, it was completely unexpected and such a funny idea to do a nude calendar with normal people in their normal lives, especially for women at the local Women’s Institute. They started an international phenomenon and raised so much money for the charity Bloodwise. The nude calendar rose in popularity as a way of raising cash for a variety of causes while at the same time having a really good laugh. What made the Calendar Girls’ calendar so special was that, firstly, the photographs, taken by Terry Logan, were works of art within themselves, and secondly, that it was understated. It was all about what you didn’t see; it was a fan dance. Also, if there had just been the idea of making the calendar, as opposed to making it in response to grief and loss, the mixture would have been a lot less potent. The reason people react to it in the theatre is because everyone has been touched by loss and grief, even if it’s not directly through disease. The reason it works as a show is because people are laughing and crying at the same time. In a way, that’s what people across the world were doing in response to the actual calendar; it was a witty act of war against grief. People respond to that bravery and valiance.”

Tim views the original Calendar Girls as pioneers of body positivity, challenging the idea that a woman’s body had to fit with a certain image: “It’s 20 years since they made the calendar, and they were so forward-looking with regard to body-image issues. Obviously, they hadn’t been airbrushed in any way. Also, in the lead-up to the calendar, they all decided to go on a diet, but that didn’t work out and they gave up! I think what’s so beautiful about the pictures on the calendar is that they’re just human beings. These aren’t women of an exactly similar shape and body type - and that should be celebrated. Without wishing to make a statement about body image, they actually made a very loud statement about it because it encouraged a great sense of collective support. What was great about the calendar, and what’s great about the story subsequently being on stage, is that you get the idea of women sticking together, saluting everybody’s individual body shape and encouraging each other for a common goal.”

Calendar Girls isn’t the only musical on which Tim has collaborated with Gary Barlow. They also worked together on the Take That-inspired show, The Band.

“There’s a saying that all playwrights write basically the same play but from different angles throughout their career, and I think that could be applied to songwriters also. This can be pretty damaging for a musical because after two hours of sitting in a theatre, it can become pretty obvious that you’re hearing almost the same song over and over. The great thing about Gary is that he gave me so many ideas. Also, I think because he’s been working the length of time that he has, he responds to different lyrics with different kinds of songs. Originally we had over 90 songs, and it’s like looking at the wall of an old-fashioned sweet shop. Through the story, you hit certain points and jars start to rattle on the shelf and everything falls into place. To do that, though, you have to have a very strong work ethic, and Gary certainly has that. So in Calendar Girls, we have the variety of songs and tones that you need for a musical - and in a more acoustic style too, rather than the pop music Gary is best known for.”

Tim has other exciting projects in the pipeline: “I’ve got my new comedy, This Is My Family, and Gary and I have already started thinking of ideas for our next musical, so we’re busy stockpiling songs. We’ve also been preparing for The Band’s tour of Germany, and then Gary will be going out on tour but will also be writing during that time.”

And finally, back to Calendar Girls. What does Tim think makes the production an experience not to be missed?

“I think it’s an unusual show in that, for many, it will be the first time they’ve ever ‘craughed’, to use a borrowed phrase, which means crying and laughing at the same time. Calendar Girls is also funny enough for you to want to come back again. People just can’t seem to get enough of it!”