David Walliams talks The Boy In The Dress 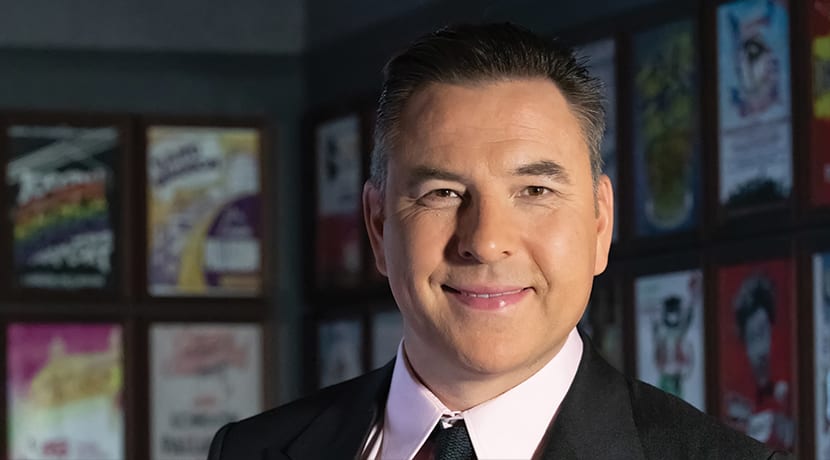 David Walliams talks about having his children’s book, The Boy In The Dress, transformed into a spectacular stage production by the Royal Shakespeare Company...

Comedian David Walliams turned his hand to writing children’s books over a decade ago, making his debut with The Boy In The Dress. The heart-warming tale of friendship and the acceptance of others is this Christmas being presented as a musical by the Royal Shakespeare Company.

The RSC’s show marks the first time the story has been presented on the stage.

“For me, it’s just magical to see a story and characters that I’ve created brought to life through singing and dancing,” says David. “The idea of it being a musical was something I’d never even considered, and it truly transforms the story. Music adds a whole new dimension that I can’t really do. I’m not a singer and I can’t play a musical instrument, so creating a musical out of The Boy In The Dress had never even crossed my mind.”

So if this new production wasn’t David’s idea, whose was it?

“I was first approached by Mark Ravenhill, who’s the writer-in-residence for the Royal Shakespeare Company. I thought it was brilliant to be approached by a playwright of such calibre. Plus, the RSC has had a lot of success with similar things, like Matilda. At that point, The Boy In The Dress wasn’t really being talked about as a musical. Suddenly, Mark and the artistic director at the RSC, Gregory Doran, told me about their plan to approach Robbie Williams and Guy Chambers to turn it into a musical! At first I was sceptical and thought it was very unlikely they’d get on board, as they must’ve been busy with other projects. I wasn’t quite cracking out the champagne, but it turns out that they said yes! I came to a workshop and they’d written 18 amazing songs.”

It’s safe to say that David is thrilled with what the RSC, Ravenhill, Chambers and Williams have created: “Guy and Robbie have captured the story very well, and seeing as they’ve written so many pop hits, they know how to make a song that people will like. The songs really feel very memorable, which I think is really important for a musical. It’s always good when the audience comes out still humming along. Guy and Robbie are so used to writing songs that grab you immediately, so that’s exactly what they’ve done here. Singing adds such an emotional dimension, so the story is richer now than it’s ever been. The lyrics don’t follow the lines I’ve written in the book; there are these new, fresh ideas in the musical that even those who’ve read the book won’t have experienced before. It’s a very exciting piece that feels new in many ways!”

Just like the original book, The Boy In The Dress musical is aimed not only at children but also their families.

“It’s ultimately a feelgood family show. It’s funny and moving, with kids at the centre of the story. Dennis wants to dress as a girl, and then there’s a slightly older girl called Lisa, who’s the popular, fashionable kid and who encourages him to dress how he wants and to read Vogue. I think a good family show has appeal across the board - so the grown-ups have got something to enjoy too. I get the feeling that parents often bring their kids to things that they themselves don’t find that   interesting, but then adults still rushed to get tickets for the new Toy Story film. I think it’s about creating that balance. Even though it’s a story with children at its centre and is super-fun for a young audience, it’s very grown up in many other ways. I think everyone will feel really uplifted at the end of it!”

So why was this a story that David wanted to tell in the first place?

“It’s a story about what it means to be different. I thought a boy going to school dressed as a girl would speak to the wider implications of being different, which is something most people probably feel at some point in their lives. When writing stories, you just follow your instincts, so the story wasn’t contrived in a way that was trying to say anything in particular at the time. I guess it was a relatively risky subject for a children’s book, but I decided to tell it anyway.”

David first got the idea for the book from Little Britain fan mail: “A 12-year-old boy sent me a picture of him going to school as Emily Howard, one of the Little Britain characters.  It was a really great outfit, with the wig and parasol. I thought he was very cool for doing that and also quite brave because kids sometimes give each other a bit of stick for that kind of stuff. Even though it was a very different set of circumstances - someone doing it for fancy dress is very different to someone doing it purely because they like it - it did make me wonder if there was maybe a story there to be told.”

It was David’s work in comedy that led him to first discover his passion for storytelling: “I really only started to write because I wanted to perform. I really wanted to be a comedian, and to achieve that ambition I had to create something that was funny. I started writing comedy sketches. Then I started to feel like there was more to write. Comedy sketches are only two or three minutes long, but I felt like there were much longer stories in me that I wanted to tell. It’s hard to get into people’s emotional life with a short comedy sketch   because it’s mainly about telling the joke. So I had that yearning to do something different. I knew that I could write a few jokes, some dialogue and create some characters, but I didn’t know whether I could do the most important part - sustain a story. The story is always the hardest bit to get right, and they’re mostly instinctive; they’re something you grasp from your own reading rather than by trying to work to some kind of formula.”

David is incredibly passionate about encouraging children to read and thinks the future is bright, despite there still being plenty of work needing to be done: “There’s great pleasure in books, and it’s a great shame if young people don’t get to experience that. I don’t think it’s a good idea to be snobby about books, especially when it comes to kids because they should read what they want for pleasure or they’ll never get into it. Some really reluctant readers want something palatable - they want to read Wimpy Kid, not Dickens. I go into schools and talk to kids to find out what they want. I always ask them who hates reading, and there are always some who put up their hands. I feel like I want to inspire them and reach out to them. That’s why I created The World’s Worst Children. It’s a little series of short stories that’s just meant to be funny and short - kind of like the equivalent of reading The Beano. A kid who won’t read a book might actually like something that’s full of silly jokes and funny illustrations in a short, surreal piece of writing.

“I think that because so many kids have TV, tablets and computer games, a lot of people think books are a dying art for kids, but they’re absolutely not. We have a lot to thank JK Rowling for because she made kids queue outside a bookshop from midnight to get their hands on a copy of the latest Harry Potter. I’d never, ever heard of that happening before, and I don’t think books have ever been anticipated in the way that hers were. The Harry Potter books got very long and complicated, so for a writer to engage kids in such a long story, and to be met with such incredible     enthusiasm each time a new release was due, is inspired. I don’t think things are in a bad place in terms of kids engaging with books. There are obviously still some people who can’t access books. I did a book for World Book Day, and primary school kids each got their £1 book token to get it. For many children, that’s the first one they’ll ever own, so there’s still a lot more that needs to be done. I think children’s books are taken a lot more  seriously now, which is great for everyone.”

Although David is always busy writing something new, The Boy In The Dress remains very much on his mind: “I don’t think I’ve ever been prouder of anything. Just going into rehearsals and seeing what they’re doing in this production is amazing. If my whole career was leading up to this moment and then that was it, I think I’d remain happy for a long time. If you wanted to judge me and my achievements on just one thing, then I’d say come and see this musical because it’s really special.”

The Boy In The Dress shows at the Royal Shakespeare Theatre, Stratford-upon-Avon, from Friday 8 November to Sunday 8 March.