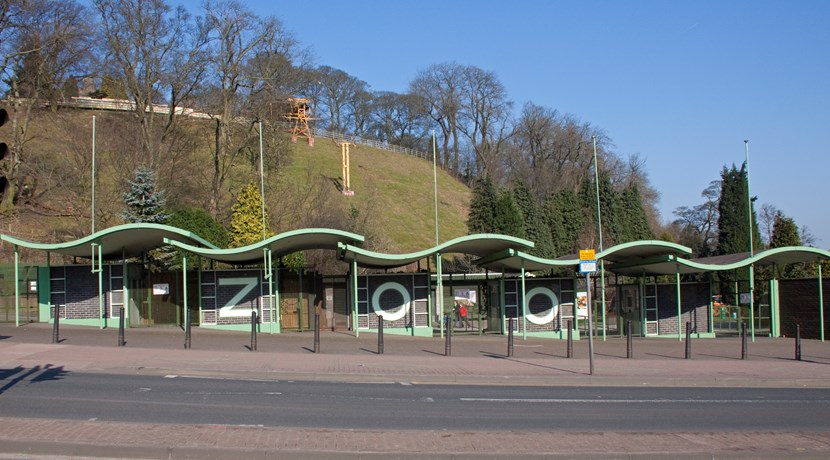 Dudley Zoological Gardens are unique… a home to more than 1300 animals, and has nigh on 200 species, including some of the rarest creatures on Planet Earth. Hundreds of exotic and endangered animals inhabit an ancient wooded hillside, with a rich geological history, around the ruins of the 11th century Dudley Castle and share a site with the world’s largest single collection of Modernist Tecton structures – and the country’s only vintage chairlift!

The aim is to provide visitors, via education and conservation activities, with an understanding and awareness of all elements of this unique site, the history of the castle and the geology, the importance of the architectural design of the Tectons, and the opportunity to get closer to the world’s rarest animals.

The zoo opened in May 1937. The idea to convert Dudley Castle's grounds into zoological gardens came from its then owner, the third Earl of Dudley, who chose a team of Modernist architects to design the zoo. Using reinforced concrete they created a revolutionary new design of building: Tectons.

The structures have stood the test of time and eight decades on Dudley Zoo has the world's largest single collection of Tectons, which in 2009 received World Monument Status. Today the Tectons are boosted by a variety of animal housing, paddocks and enclosures which are home to the wide variety of 200 species.