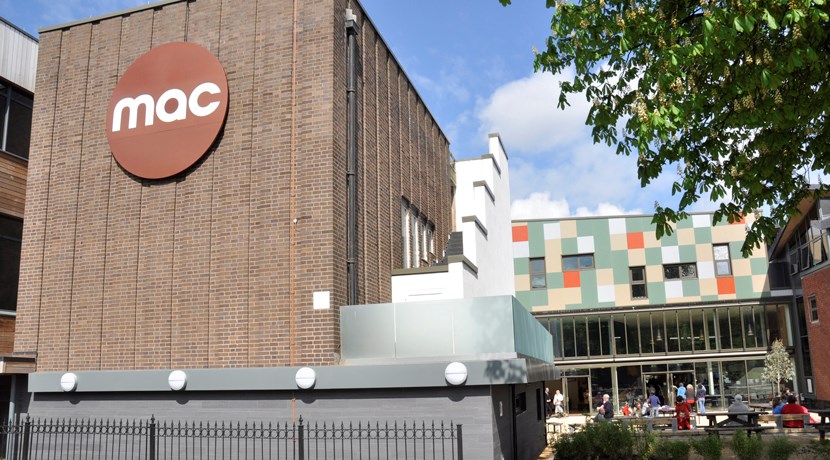 A popular Birmingham arts destination for more than half a century, mac (Midlands Arts Centre) is situated in Cannon Hill Park and has recently benefitted from a major redevelopment.

Admission to the building and its exhibitions is free. But note that performance events for audiences such as films, plays, talks, dance and comedy do have a charge.

Refreshments are available at the Bridges Cafe (9am to 6pm) and Arena Bar (Mon-Fri from 6pm, and Sat-Sun from noon.