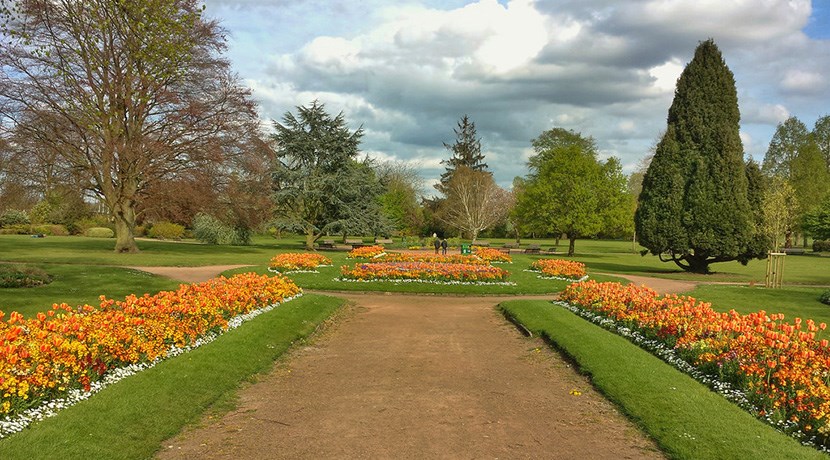 St. Nicholas' Park, commonly known as "St. Nick's", is a park is situated in the centre of Warwick. Bordering the park to the south is the River Avon.

The area which is now the park was once meadow land, also called St. Nicholas Meadow, and was situated on the southern edge of the town. The site was purchased by Warwick Borough Council in the 1930s in response to the towns growth with formal and children's gardens being laid out. Following World War II the eastern side of the meadow was laid out as playing fields. There was also an outdoor swimming pool for public use. The cottages in the park by the brook were at that time a watermill.