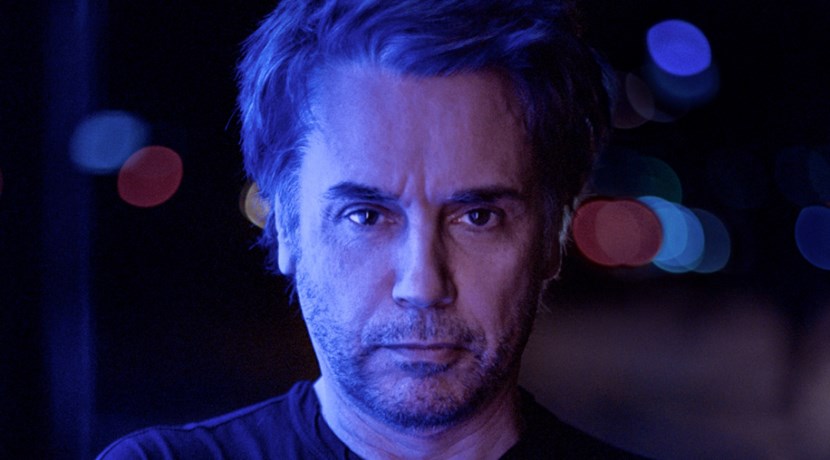 The godfather of electronic music this month stops off in Birmingham as part of his world tour. What’s On recently caught up with the music icon to find out more...

You’re bringing your tour to Barclaycard Arena this month, Jean-Michel. What can your Birmingham audience expect from your upcoming show?
I’ve spent a lot of time working on what I believe to be an exciting stage design. I’ve always been involved in the visual aspect of my work. It’s very important nowadays, with technology allowing us to push the boundaries even more than when I started out. It’s a very exciting challenge to be able to explore different directions. On this new production, I want to share with the audience a totally different experience from what I’ve done in the past, and also, hopefully, a totally different experience from a usual electronic or rock music show. I want to immerse the audience in my music and performance. I’m going to do my best to deliver a show that will satisfy them beyond their expectations. I know how big their expectations are, so I’m going to try not to disappoint them.

This is your first live show for six years. Why the break?
Quite simply, I’ve spent the last few years in the studio and travelling the world to compose and produce my double Electronica album, with over 30 collaborators from the electronic music scene who are legends and/or newcomers, and with whom I share a common music DNA. Believe me, it was far from a break! The Electronica project took over my life these past few years, and I’m delighted to have worked with so many wonderful musicians and to have made great friends along the way.

Your recent releases, Electronica 1: The Time Machine and Electronica 2: The Heart Of Noise, have seen you collaborate with an eclectic mix of artists, including Hans Zimmer, Moby, Massive Attack, Pet Shop Boys and Edward Snowden. Can you tell us a bit about how that came about?
The project came from an idea I started some time ago, gathering around me musicians, artists and collaborators who’ve been and who are an ongoing source of inspiration to me - linked, directly or indirectly, to technology and electronic music covering different generations. Because everyone said yes, the project became much bigger than I had imagined, and I decided to divide Electronica into two separate albums. Volume one was released in October 2015, and volume two in May 2016 with another bunch of great collaborators. The essence of the double album was to physically travel to meet with those artists I’d invited on board, spending time in their working environment and sharing a creative process physically - merging our DNA through a piece of music. I composed the first demo for every artist with my fantasy of their music and touch in mind, to start from something as a platform, while leaving enough space for him or her to add their part.

You’re the pioneer of electronic music and were the first to create the experience of the multimedia concert as we know it today. What was the original inspiration behind the idea?
With electronic music, you are not confined to the acoustics of a concert hall, and that inspired me to bring my music performance outdoors. Also, I’ve always been inspired by architecture and how we perceive our environment, whether man-made or natural. That's where the idea initially came from for my Cities In Concert concept - hijacking a public space for a night and deploying all the tools available to me to create a unique sound-and-vision spectacle and experience.

Before your professional career, you studied classical musical composition and fronted punk act The Dustbins. Classical, electronic and rock/punk are all completely different sounds. Why did you choose to go down the electronic music route?
I am an explorer, a sound-hunter. I love all genres of music, but with technology, I discovered that I could also create something new sound-wise. My classical education was a great foundation to compose with sounds I could record from nature, voices and other means, creating my own notes and personal sound.

You’ve played a countless number of concerts throughout your four-decade career. Can you name some particularly memorable shows and venues?
That’s not easy to answer for me, as all of my concerts and shows are quite singular and memorable, but this year is the 30th anniversary of the Houston concert which I did with NASA in front of the amazing downtown skyline of skyscrapers. The London Docklands concerts were also a most memorable moment, as was Millennium Night at the Great Pyramids. Now Birmingham hopefully will be another great moment!

Your album, Oxygène, was released by a French independent label, having previously been turned down by every major record label. What were their reasons for rejecting it?
At the time, Oxygène was considered a totally ‘far out’ concept. What was ‘in’ at the time was disco, hard rock and the early days of punk. And moreover, Oxygène was instrumental. And I was French!

The album has since gone on to sell 12 million copies and was presumably one of the pinnacle moments of your career...
Oxygène was the meteorite that indeed launched my career, and this year is its 40th anniversary, for which I have plans to celebrate, but cannot say more at this moment. Watch this space!

You’ve compared music to a ‘hard drug’. Can you explain what you mean by this?
I’m addicted to making and performing my music - it consumes my life daily.

Your live concert is something spectacular, featuring synthesizers and large-scale audio-visual shows. Are there any plans to evolve it further?
I invite you to see the evolution on this tour!

And finally, what does the future hold for Jean-Michel Jarre?
The future is here and now.