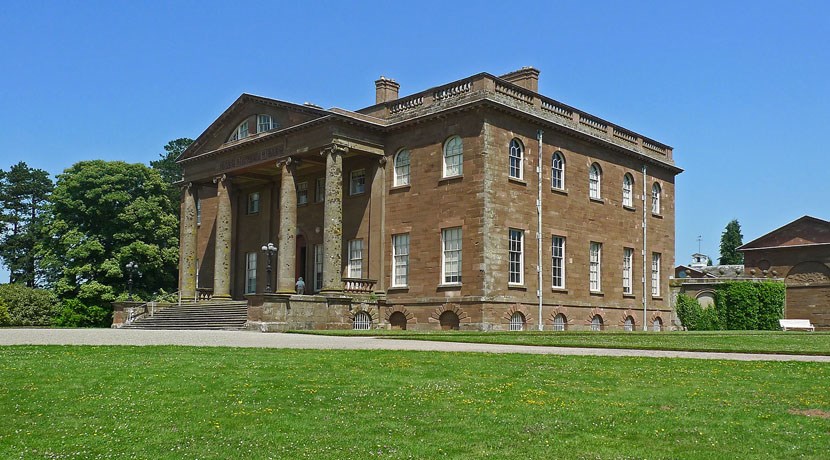 Berrington Hall is a country house located about 3 miles north of Leominster, Herefordshire. During the 20th century it was the seat of the Cawley family.

It is a neoclassical country house building which was designed by Henry Holland in 1778-81 for Thomas Harley. It has a somewhat austere exterior, but the interiors are subtle and delicate. Berrington Hall is home to the Elmar Digby furniture collection, paintings by, amongst others, Thomas Luny (1759–1837) and the Charles Paget Wade costume collection from Snowshill which can be viewed by appointment. The 'below stairs' areas and servants' quarters which are open to the public include a Victorian laundry and Georgian dairy. Berrington has been in the care of the National Trust since 1957 and is, along with its gardens, open to the public.

Berrington features Capability Brown's last landscape design. A notable feature is the ha-ha wall which was subject of extensive renovation in the late 20th century by local craftsmen. Berrington Pool, a lake and island, is a Site of Special Scientific Interest.