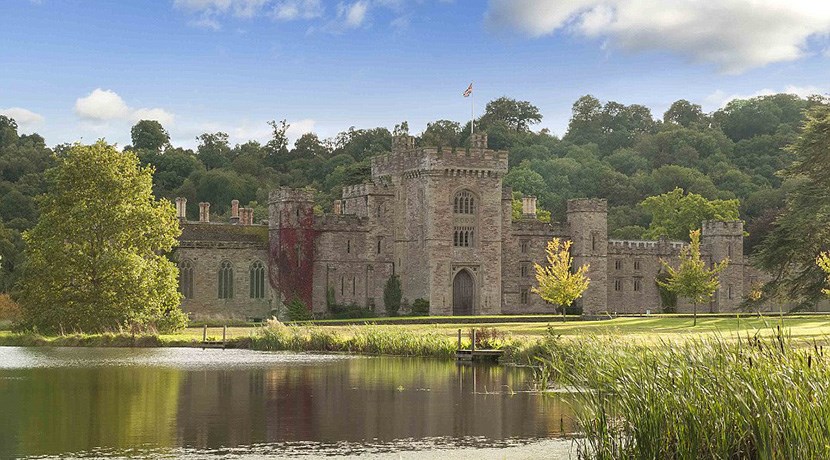 Originally formed by the merging of two manors, Hampton Court was remodelled in the 1830s - 1840s and played home to the Arkwrights until 1912. The castle and grounds offer a great location for adventure and events. It has a rich and fascinating history dating back to the 15th Century.

The estate was originally formed by the merging of the manors of Hampton Richard and Hampton Mappenor. It was granted by Henry IV to Sir Rowland Lenthall at the time of his marriage to Margaret Fitzalan, daughter of the Earl of Arundel and a cousin of the King. Lenthall built the original quadrangular manor house in 1427, twelve years after his knighthood at the battle of Agincourt. In 1434 he was granted a licence to crenellate the house by Henry VI.