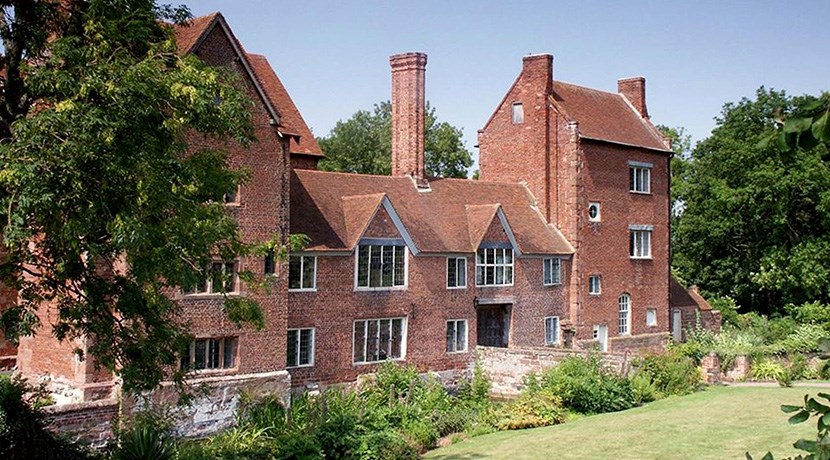 Tucked away in a peaceful corner of Worcestershire, Harvington Hall is a beautiful moated manor house with the largest surviving series of priest hides in the country and a rare collection of original Elizabethan wall paintings.

Originally built in the 1300s and developed magnificently in the late 1500s, Harvington Hall brings to life the fascinating history of the survival of Roman Catholic families and clergymen during the Reformation of the late sixteenth century.

Visitors will discover the Hall’s many ingenious secret priest hides, many of which were designed by Saint Nicholas Owen, and marvel at the outstanding and rare wall paintings of the late 1500s. The moated island is home to a variety of wildlife, not least the highly-esteemed ducks. The moat harbours sizeable carp, and the occasional Kingfisher has been known to hunt there.

The Hall’s beautiful gardens offer a peaceful retreat, with a stunning display of colour and a variety of styles. Boasting a formal knot garden and courtyard, a wildflower garden and cottage-style floral borders, the Hall’s gardens are lovingly tended by dedicated volunteers.

The Malt House Visitor Centre offers a series of family activities and historic games, as well as an introductory film about the Hall and an insight into the processes of malting and brewing. Also on the moated island, the Georgian Chapel is a peaceful space. Damaged by fire in 1823, after repairs it became the village school until 1913. It was restored and reopened for worship in the 1980s, and is still used for Mass today.

The Moatside Tearoom offers superb homemade cakes and scones and light lunches, all in an atmospheric historic setting. The Hall’s gift shop offers a selection of Fairtrade and unusual gifts and homeware.