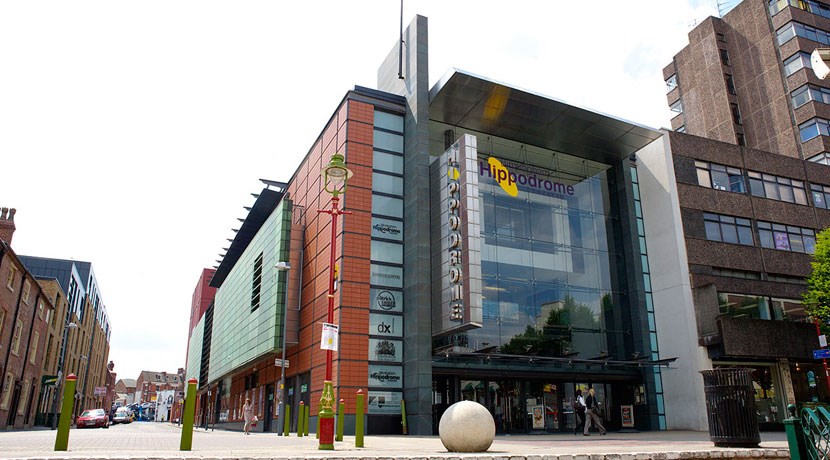 Birmingham Hippodrome is one of the country’s biggest theatres, staging top West End shows all year round and lavish pantomimes at Christmas. The venue is also home to various dance organisations, including DanceXchange and the world-renowned Birmingham Royal Ballet.

I can safely say that I have never laughed so hard or for so long as I did last night, in all the years that I’ve been alive.

Sitting in the Birmingham Hippodrome watching a performance of The Play That Went Wrong, I had constant tears streaming down my face as I delighted in the experience of a truly brilliant work of theatre. I was not alone either when it came to thoroughly enjoying the occasion - one look at my fellow audience members and it was clear that fits of laughter were very definitely the order of the day.

From beginning to end, Mischief Theatre’s hit production boasts more thrills than a theme park. Written by Henry Lewis, Jonathan Sayer and Henry Shields, the award-winning comedy is liberally peppered with perfectly timed killer dialogue and positively awash with all manner of bumbling buffoonery. A play within a play, in the style of Michael Frayn’s Noises Off, the show’s premise sees the entirely fictitious, utterly incompetent and seriously accident-prone Cornley Polytechnic Drama Society doing their very best to stage a 1920s’ murder-mystery entitled Murder At Haversham Manor. Cue all manner of laugh-out-loud disasters - from missed cues and misplaced props, to repeated dialogue and collapsing scenery.

The acting from the entire cast is superb. Everyone plays their part to sheer perfection, turning ‘the happening of disasters’ into a satirical art form. My favourite performance - and it was hard to pick just one - has to be that of the wonderful Robert Grove in the role of Thomas Colleymore. His character, so calm and full of perseverance, is the glue to which everyone else attempts to stick. Channel the voice and presence of General Melchett in Blackadder Goes Forth and you’ll have a good idea of how he played the part. His straight face and timing was everything.

The set design on this production is very clever indeed. Haversham Manor reflects the kind of location beloved of Agatha Christie. A 1920s-style Edwardian country pile naturally ripe for murder, its walls came crashing down, its mantlepieces failed to hold, its doors stuck and its floors gave way, all bang on cue and to spectacular effect. There’s nothing more visually impactful than a malfunctioning set to convey a sense of theatrical disaster, and in this way, the dramatically collapsing Haversham Manor very much acted as the show’s ‘12th man’, inspiring its fair share of laughter from the thoroughly amused audience. The skill and vision that must surely go into making such disaster seem effortless is without doubt an act of genius. A round of applause, therefore, for the duo behind the magic, Roberto Surace and Ric Mountjoy.

Brilliantly blending a variety of genres, from murder-mysteries to pantomime, Mischief Theatre’s gobsmackingly superb The Play That Went Wrong offers something for everyone. As such, it provides the kind of family-friendly entertainment that could well go down a treat with youngsters during this week’s half-term holiday.

Looking back on the performance now, I can’t help but wonder what Agatha Christie would’ve made of it all. Probably much the same as we did. An absolute must-see!

PS: Let the cast know if you find Winston...!

The Play That Went Wrong continues to show at Birmingham Hippodrome until Sat 30 October. Click HERE for tickets.

‘Welcome back, Birmingham’ was the powerful message last night delivered at the city’s Hippodrome theatre, as the Hurst Street venue’s main stage was finally brought back to life by hit musical Priscilla Queen Of The Desert - a perfect choice to get the post-pandemic party started.
Packed to the rafters with toe-tapping anthems and boasting an explosion of colour that extended to every corner of the stage, Priscilla not only took its audience on an adventure into the Australian outback but also whipped them into a frenzy of cheers and laughter.
For those not familiar with the narrative, the show tells the story of drag queen Tick (Mitzi Mitosis), who, having set aside parental responsibility six years earlier, decides it’s time to pay son Benji a visit in his home town of Alice Springs. Tick’s estranged wife runs a cabaret club in Alice... providing a perfect excuse to bring along his friends and fellow artistes, Bernadette and Felicia, to perform.
A battered old bus - the ‘Priscilla’ of the title - is the trio’s chosen mode of transport, but poor old Priscilla is past her best and the journey proves too much for her. Enter Bob, a kind-hearted mechanic enamoured with Bernadette who joins the trio for the remainder of their journey.
While the interaction, banter and abundant innuendo between the characters generates plenty of hilarity, the show also offers a stark reminder of the vulnerability of the LGBTQ+ community, with a homophobic attack in an outback bar momentarily bringing the audience back down to earth with a bang. Normal service is soon resumed, however, and there are some truly delightful moments of tenderness as the show moves towards its conclusion, with Tick finally meeting his son, and romance blossoming between Bernadette and Bob.
The on-stage party reaches its crescendo when the trio perform at Tick’s wife’s cabaret club. Their act provides the perfect end not only to the show but also to an evening of near normality at the theatre - my face mask may still have been in place, but underneath it I was smiling ear-to-ear with the sheer joy of finally being back at the Hippodrome.